Mad Decent Block Party may be making a return and Diplo wants the party to be bigger than ever. The California producer has reportedly been building an ambitious proposal aimed at throwing what’s being called a “Super Mega Ultra Giant Mad Decent Block Party Festival” with SGE Entertainment—the company that produced festivals like Lost Lands and Moonrise. Luckily, the mouthful is being shortened simply to “Mad City.” Diplo’s infamous block parties grew from his a small Philly outdoor affair and skyrocketed in popularity to a circuit of block parties and eventually an ill-fated cruise. Despite 2018 only seeing one Mad Decent Block Party, it seems the event brand could be gearing up for its biggest iteration yet in 2019.

If approved, the “Mad City” festival will take place at the Brockton Fairgrounds in Massachusetts on July 20-21 with a proposed capacity of 37,000 people—the largest festival the city would host. Major Lazer and Billie Eilish will reportedly headline with Diplo acting as a main curator. Performances are expected to last from noon until 11pm on both days.

Diplo’s lofty sights have already seen pushback; the team’s initial application has been rejected by the Brockton License Commission on the basis of being too big to handle in regards to safety. Initially, Diplo planned on announcing a complete artist roster on March 25, but the opposition from city officials against the festival will most likely set their team back a bi 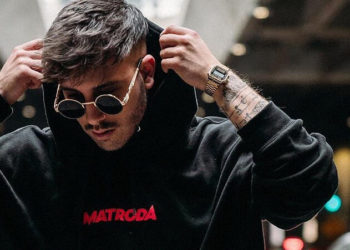 Tickets for 2020 edition of Ultra Miami on sale Set 24th