Tickets went on sale for Porter Robinson‘s Second Sky Festival earlier this week and sold out faster than organizers expected. In a last-minute scramble, Goldenvoice arranged for the festival to expand to two days – and tickets for the second day have also run out.

In a statement, Robinson had said that the demand for day one tickets exceeded the supply fivefold, saying “It sold out instantly.” He revealed that the lineup for the second day would be same as that of the first, minus a performance by G Jones, who has another event.

Second Sky was originally billed Multiverse Music Festival before promoters of another Oakland festival called the Multivrs is Illuminated wrote an open letter denouncing Robinson and Goldenvoice for failing to do their due diligence in researching the market to see if a similar brand already existed. Nina Las Vegas, Anamanaguchi, Kero Kero Bonito and Madeon are among the headliners for Robinson’s now two-day event. 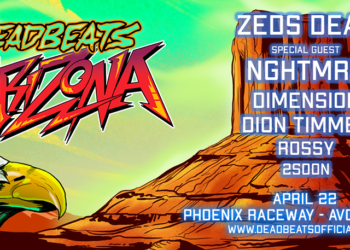