The undisputed king of Jersey Club in Sacramento has to be Z-Major. Whenever he’s given the chance to play his favorite genre of music for a packed dance floor, you really get to see him at his best.

Jersey Club has been a staple on the east coast for decades, but Z-Major is trying to bring that sound to the west coast. Not too long ago we were blessed to watch him open up for another Jersey Club enthusiast, Teez.

Since then Z-Major has been using this time off with COVID to gain a new skill with production. With that, he has just released a fresh rendition of Omarion’s R&B classic “Icebox”. You can check it out below, and if you want to catch Z-Major in his natural habit, you can catch in spinning records at Sacramento’s Flamingo House. 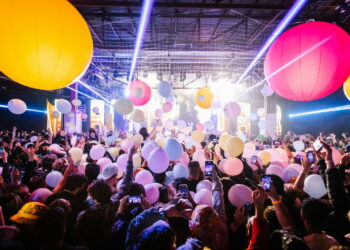 Dance the Night Away at Fresh Start Get ready to ring in the New Year with a bang at...

Get ready for the ultimate beach vacation, Hangout Music Festival’s 2023

Get Ready for an Epic Springtime Bash! CRSSD Festival Unveils Lineup for 2023 Edition.