The teams at Vital and Another Planet have teamed up to bring back the bass music event that rocks the bay area every year, Wobbleland. Coming off a strong 2021, Vital Events starts off the year with a bang, and doesn’t hold back with a lineup featuring so many household names and exciting new talent. This takes place on January 15, 16, 17, at Bill Graham Civic Auditorium.

When we saw that Vital and Another Planet announced their plans to bring Wobbleland back to the Bay Area, we were filled with flashbacks of euphoria and nostalgia! It’s great to see an event that has grown to be loved by so many of us make its return. Vital has been such an influential figure in the scene, and they have done that by taking the time to put so much effort into the production of their shows. That was on full display at Wobbleland 2019, where we saw them go with a massive triangle-designed stage that was decked out with lasers, lights, and a LED wall for visuals.

This three-day event features some of the biggest names in bass music like Kayzo, NGHTMRE, Ghost Rydr (Joyryde b2b Ghastly) as the headliners, but Wobbleland also features a lot of exciting talents like Kumarion, who is going to bring that house down with this insane Drum and Bass basslines, Ace Aura, who is going to come at us with the melodic dubstep that has garnered him so much attention.

Some other honorable mentions would be, Blunt’s and Blondes, who is someone we’ve watched the last few years really honing in on his craft and becoming a household name. This Getter b2b Eptic, is another set that we have our eyes set on, Getter making his way back to the bay area is exciting, so we can’t wait to see what these two have in store. Other standout artists include a number of rising stars in the scene such as Lil Texas, Dirt Monkey, Slang Dogs, One True God, HVDES, Wavedash, Ravenscoon, and Jalaya.

As mentioned before, this is all taking place on January 15th, 16th, & 17th at Bill Graham Civic Center. Doors open at 5:30 pm each day, and tickets can be purchased here. If you are traveling from out of town, we suggest planning your trip, and getting your hotel accommodation in order!

Make sure you follow Wobbleland to stay up to date with set times, updates, and any other news on the event. 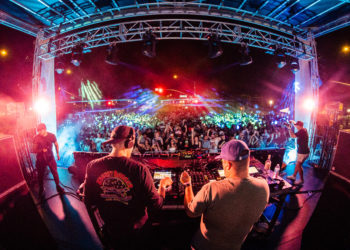