Chatted With The Mad Ape Himself About Origins, Production, and New Label "MAD APE Records"

If you were to go back in time to 2019 and tell yourself whats to come in the future of 2020 you think you would believe yourself? At first the news of COVID 19 seemed like it was a headline from a Hollywood film and would never touch us in the modern age but in a few short months it’s effected all of our lives. Being able to dine out at a favorite restaurant seems like a thing of the past and going out to your favorite nightclub to dance sounds like a pulp fantasy. Whole industries such as music, film, fashion, tech, and sports are at a complete halt while millions in those professions are out of work praying for either another stimulus check to grace their bank account or unemployment to finally answer their phone call. These times are truly uncertain and seems like the end but there is hope…

Even though the world has changed drastically in 8 months many are still pursuing their dreams despite what reality has thrown their way. NBA Players are still practicing, Techies are still coding, Fashion Artists are still designing , and of course producers are still making music just like my good friend Chango. Chango (real name Gabriel Sosa) is a DJ / Producer Born & Raised here in Sacramento who has been blessing dance floors for almost 8 years. In his time on the decks, he’s been a resident DJ inside most notable Sacramento venues such as: Revival Inside The Sawyer Hotel, Face’s Nightclub, Lowbrau, and of course the one and only The Flamingo House. Chango has also played a variety of events most notably Subphonic’s BASS THERAPY, THIS 916 BLOCK Party, AMPLIFY in SF, Requiem’s weekly party SALT ACID PHAT BEATS and the list goes on and on and on.

As much as he is an untamed beast behind the decks, he’s just as wild when it comes to his production. He’s released tracks on various Labels including OFDM Records, Late Night Munchies, Preda Records, and this month he’ll be releasing his very first compilation featuring various artists on his own record label MAD APE Records. Finally had the chance to sit down with the charming man himself to talk humble beginnings, early influences, and things to come in the near future inside The Flamingo House over a couple of Jarrito’s. Here’s  our conversation:

Where Are You Originally From?

How long have you been an Electronic Artist/ DJ/ Producer for?

How Old Were You When You First Discover House Music?

Oh man I would say about 13

What Was The Record?

It was obviously it was Daft Punk probably Around the World

Who Were Your Early Influences When You Started Out?

One of the biggest influences was definitely was Carl Cox, another big one was Eric Morillo but we all know what happen there. For some reason Alice DeeJay was a big deal. Aside from that I could go on & on about that.

How Did You Get Started In Producing?

My uncle who introduced me into spinning on vinyl also showed me how to rip bits & pieces from Audio on Vinyl to his computer. At the time it was 10 years old a super old computer and he showed me how to chop different samples up, Pitch change, Transpost Things, effects really simple stuff. He would throw some hip hop beat over it. After that I just kept going over there twice a week, got used to it, started playing some instruments, and It kinda bloomed into me starting producing electronic music.

What Daw Do You Prefer To Use? and Why?

Abelton. I started with Sony Acid Pro and I think Abelton more closely resembled that then like FL Studio or Pro Logic. I didn’t have a Mac but I just felt more at home using Abelton cause it just ressembled Acid.

What Is Your Thought Process When It Comes To Bringing An Idea You Have To Life?

Normally I just open Abelton and start completely clean. I don’t use any templates I usually don’t have any organization when I’m making something and I produce in a pyramid type of style so what do I want the biggest part of the song to be and then I work my way down I go backwards so then I figure out “okay now I need to build an intro” same thing with the bridge, 2nd Drop, Outro, etc but it normally looks like Tetris threw up all over the place. Some tracks I do organize after the fact if like I know I’m gonna submit them and labels wanna see the project specifically for like other artists I wanna remix the track but aside form that It’s a big ol mes from scratch.

What Was Your Most Recent Release (Did you collaborate with anyone?)

My most recent release officially on a label was a remix by this guy name Bess (SP?) from Italy and they reached out to me to do a remix for them on a track called “Give All Your Best” and I essentially turned a 4 to the floor tech house song into a something kinda funky with horns and switched it around. That was an Official release. “Unofficial” Release is my WAP Remix which is on Soundcloud guys! 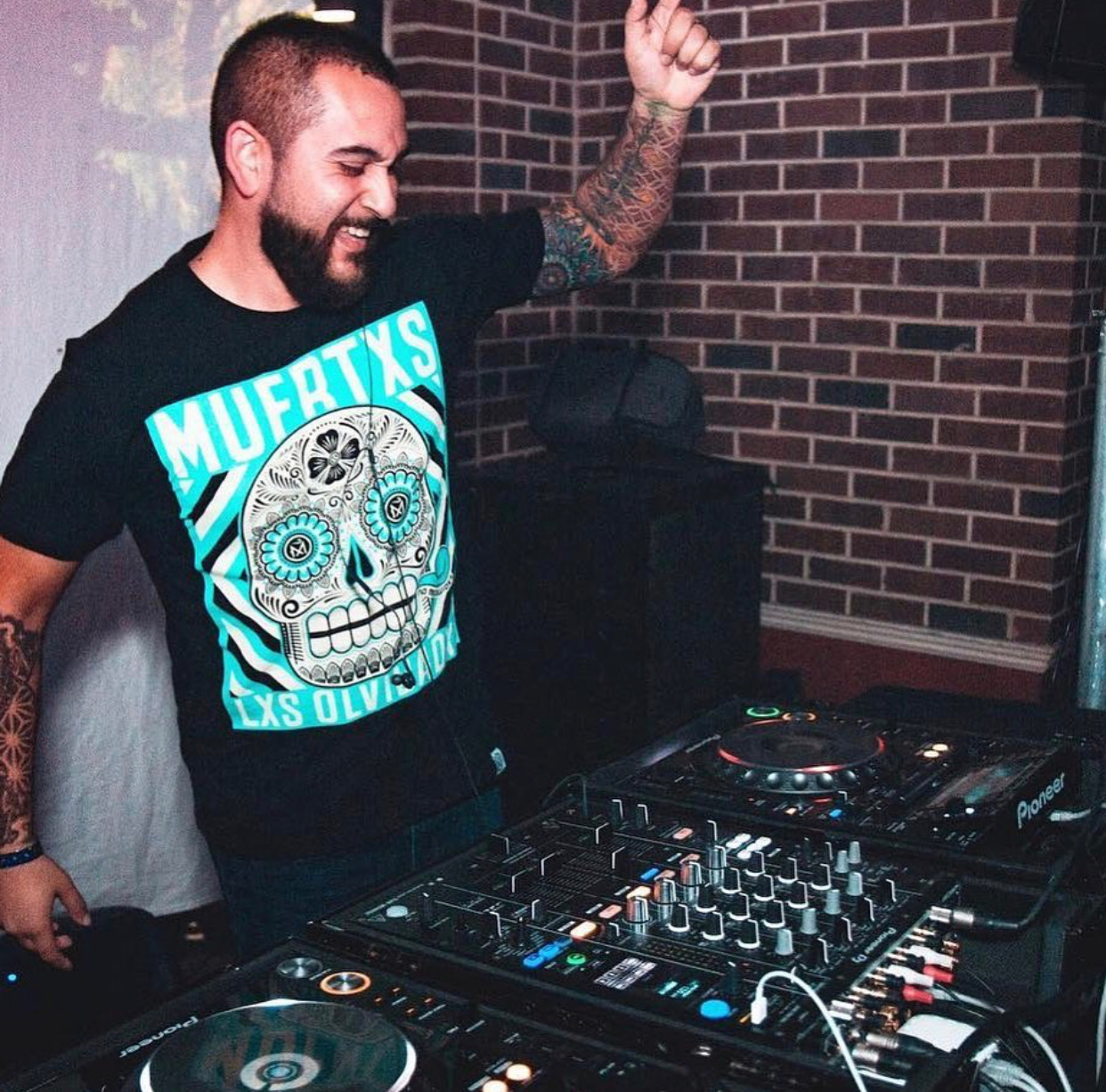 Speaking Of Releases, You’ll Be Putting Out The First Compilation On Your Own Label Called Mad Ape Records…When is that supposed to be coming out?

When Did You Decide You Wanted To Start Your Own Label?

What Are Some Of Your Goals With This New Platform?

For the first compilation I’m not on it at all. I think my first Idea is most labels, at least the label I want to run would be for artist I’ve worked with that have influenced me that haven’t been given a platform or honestly can’t afford to put any money into that. I feel like if I have all the resources to do that or introduce everyone to new artists You know why not? I think I’ve been helped out this far in my career that it would make sense for me to do it for someone else.

Obviously 2020 Isn’t The Year For Most In The Scene With COVID 19 Literally Halting All Music Venues, Concerts, Clubs, and Events… Did You Find Alternative Ways To Still Performing? Livestream, Podcast or Mix Series?

I did play a couple of live-streams on Twitch but after awhile it just kinda felt like it wasn’t real but I didn’t feel good about it. Just shifted my attention to running the label vs. running the streams.

What’s Your Thoughts On Live-streaming? Do You Think It Is The Future Of Performing Or Something To Do Til All This COVID 19 Blows Over?

How Do You Think Things Will Be With DJing, Music Events, and Festivals Post-Covid If It Ever Ends?

Well if anything changes they’ll just have tight on like capacity but considering people are doing drive ins now or their setting up small stage pods in like big festival areas to just stick with the people you came with. I meant thats doing something it might be like that a lot longer than we think. Hopefully in like 2 years we’ll get like a solid oh this is a show with thousands of people. I’m trying to sweat and get sweat all over me around a bunch of people I don’t know.

When You’re Not Producing Or Performing, What Do You Usually Listen To Casually? Is It Mainly House or Is It Rap? Oldies? Top 40? etc.

I love Dua Lipa. 90’s West Coast Rap is kinda like my go to otherwise mostly chill kind of music. I like a lot of LoFi. If we were getting a little more specific I’d say Disclosure’s new album, and then anything Odeza does.

Whats One Of The Best Shows You’ve Performed?

Have You Ever Met Any Of Your Idols?

No unfortunately. I have met a few folks that I look up to in the industry but unfortunately it was in passing not like a solid conversation.

Ohhhhhh So many. Honestly if I’m looking at into a house music vibe Chris Lorenzo would be kind of dope. If I’m going super dreamy Madeon would be kinda cool. Of Course Porter Robinson

Since You’re Such a Fan of Electronic Dance Music, What Was Your Favorite Set You’ve Seen?

Favorite House Set I’ve seen and that I remember MK opening for Duke Dumont. Wait! I take that back MK opening for..or wait I think he was headlining but the closer was Camelphat and i think that threw everybody off because half the people left after MK and when CamelPhat came on it was like “WHOAAAA”. Unexpected set.

If You Were Able To Play Anywhere, Any Event, At Anytime, In The World What Would It Be and Why?

Is There Anything Else In The Works That Tell Us About or Things You’d Love To Do When All This Is Over?

the only thing pretty heavy is the label. I will say that there are aside from the compilation 3 other projects that are currently in the works that’ll probably be released before the end of the year. Aside from that just producing…

…And Last But Not Least Whats Your Favorite Drink To Have While You’re Performing?

After the interview, Chango and I talked off the record mainly about life, relationships with our significant other, and everything in & out of music. The more we chatted I just couldn’t help but notice how invested he was to bringing this Record Label to life and still during a global pandemic he’s still VERY determined to make the music he loves. That just goes to show that when you’re dedicated to something, you’ll go to the lengths to strive no matter the odds. I’m very happy for my friend Chango on his new venture and can’t wait to hear all the madness that come from his record label! 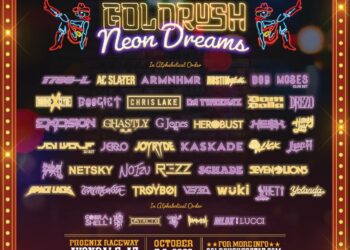