When I say Dirtybird Campout is an experience like no other, I genuinely mean it.  I have been to several festivals over my years in the Music Industry, and Dirtybird Campout quickly takes the cake for the number 1 spot on my list of festivals attended. A camping festival with all of your friends and DBC enthusiasts, four stages of programmed music and activities, games, crafts, contests, and of course, the after-hours shenanigans at the Hideout and renegades within the campgrounds; there truly isn’t another experience like this.

To start, there is the Birdhouse, the main stage that features all of the best house music that Dirtybird offers, with a sprinkle of DnB and other genres that complement the scene. Some of the highlight acts at the Birdhouse were Get Real, which was an exceptional B2B performance by the legends Green Velvet and Claude Vonstroke, VNSSA, Ardalan, Walker & Royce, Rebuke, Lubelski, Mike Kerrigan b2b N808, and many more amazing artists that graced the decks at the Birdhouse.

Next up is the Bass Lodge, which was stacked with talented Bass Music acts from all over the world and was the perfect place to go for a palette cleanser after vibing out at Birdhouse or chilling at Ganja Garden. Some highlight artists from the Bass Lodge were The Librarian, Barclay Crenshaw (Claude Vonstroke’s alter ego), Of The Trees, Yheti, Eprom, Ben UFO, the legend Goldie, Marry Droppinz, and Mr. Carmack.

Third on the list was the Ganja Garden hosted by People’s Remedy, which was a unique experience. This stage featured a mixture of genres and was the designated spot for cannabis consumption.

Along with the fantastic track, selectors were some engaging activations, games, and contests such as a DB Pong Tournament, Blunt Rolling Contest, Claude’s Favorite Movie, Shark Tank: Highdeas, and the iconic Family Set that happens every year at Dirtybird Campout!

Last but certainly not least was the Hideout, which featured unannounced performances and notable appearances in a tucked-away location after regular festival programming. If there was a place to be after hours, it was either the Hideout or renegades in the campgrounds. The Hideout took the cake as this was the first year Dirtybird Campout was allowed to play music after regular festival hours instead of doing a Silent Disco.

Aside from the music and activities accompanying the stages mentioned above were four separate areas for other activities and special performances. This part of the festival stood out to me; where else can adults go to enjoy a music festival but also be a part of this inclusive summer camp?

Upon arrival, attendees are encouraged to sign-up to join a team and compete in games for the iconic Ironbird Trophy. The teams this year were led by some of the artists performing at the festival, such as Chocolate Sushi, Claude Vonstroke, Lubelski, Mary Droppinz, Arnold & Lane, and other special guests!

The field was packed with a fantastic schedule every day from noon to sunset. Teams had the chance to compete in contests such as a Water Balloon Toss, Archery, Dodgeball with Artists, an Obstacle Course, Tug-O-War, Battle Balloons, and several other action-packed games and activities. 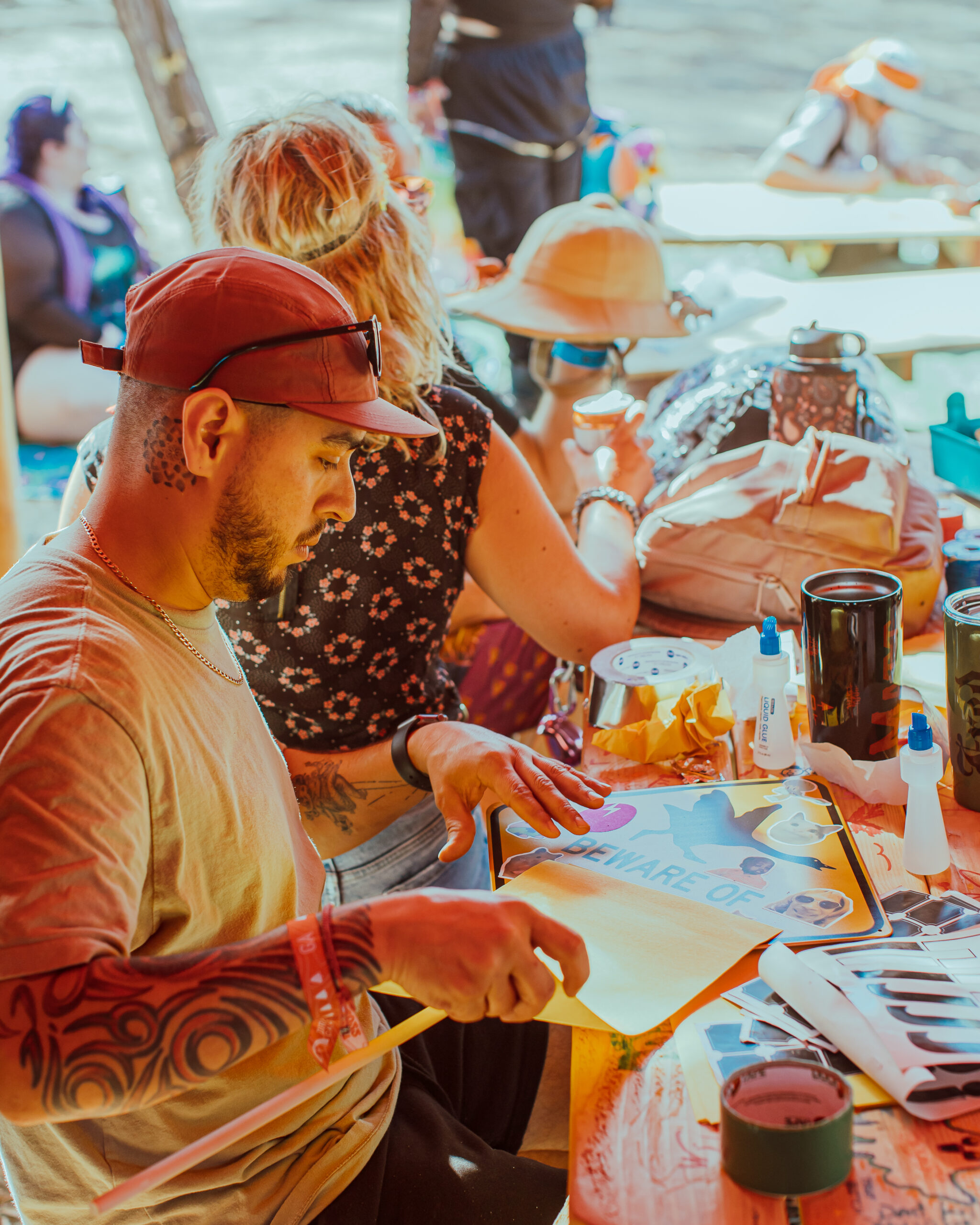 Craftopia was the perfect spot to sit down and take a break from all the physical activities and music. Attendees could meet up with artists and make awesome crafts such as tie-dye shirts, resin eggs, friendship bracelets, and other awesome DIY crafts.

Open boat rentals, a floatie race, and good vibes hanging out with other DBC attendees. The Reservoir provided some of the most chill vibes of the weekend, and if you were lucky, you could float and catch attendees playing their own sets on the the waterfront.

Claude’s Cabin featured a plethora of unique activities, shows, and special DJ performances. One memorable performance that took place and that we, as Sacramento natives, hold close to our hearts was a unique set by Kittie Lynn, who won the DJ Contest and played a fantastic set. All of the Sacramento fam at the festival showed up for it!

A Farewell to Central California 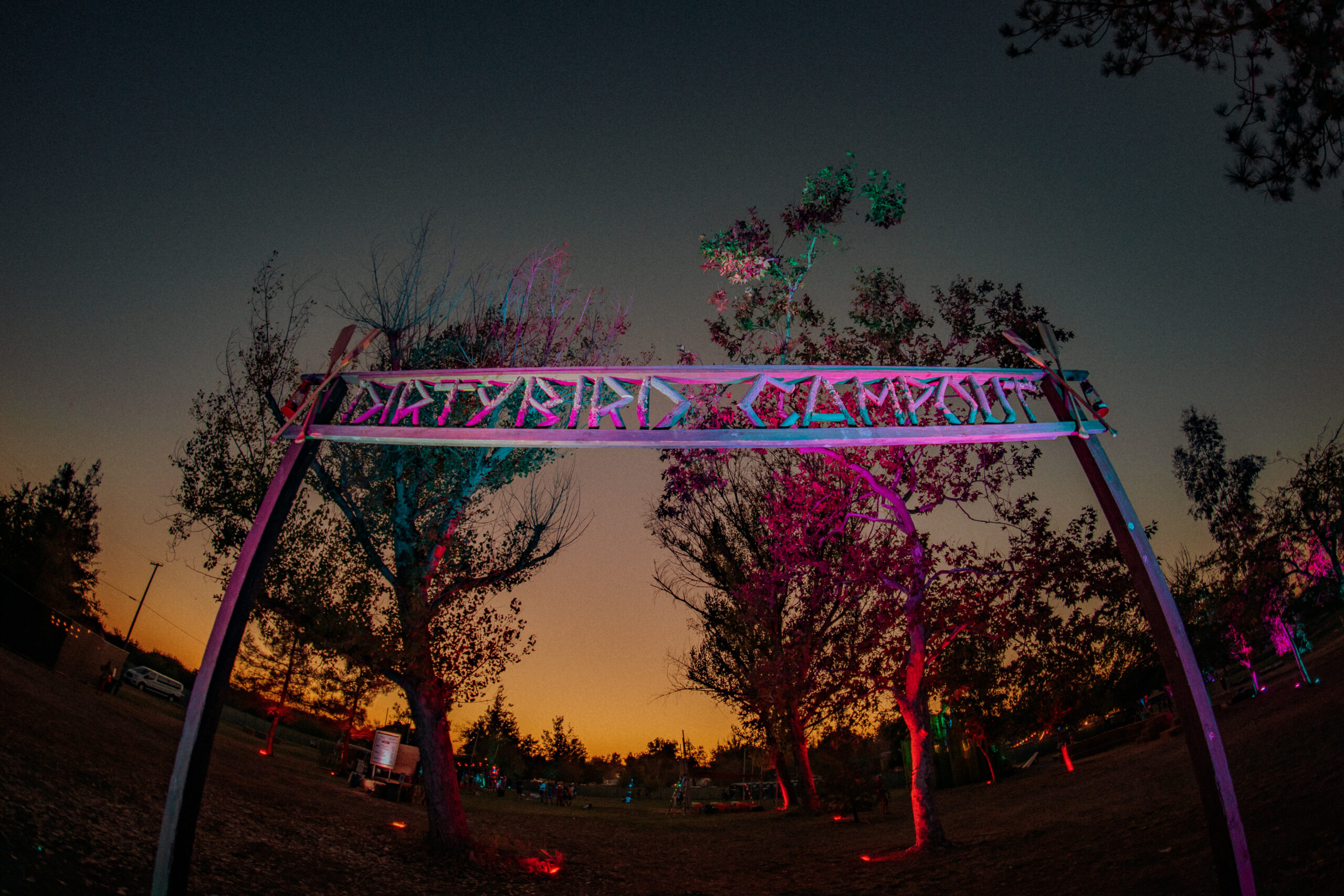 Moving forward Dirtybird Campout will be saying farewell to Central California, and will be moving the West Coast Campout towards Southern California. There hasn’t been an official location announcement or plans for what is to come but whatever Claude and his amazing team are up to will be nothing short of amazing.

Overall Dirtybird did a spectacular job at curating amazing vibes and a well programmed event from start to finish. If there is one word to describe Dirtybird Campout it would be “Inclusive”, every part of this festival make you feel like you are a part of a huge bonded family and at no point did anyone feel left out. If you want to hangout, meet, or compete with artists you can do that, if you want to perform you can do that, if you want to make friends, no problem.

Dirtybird Campout will always hold a special place in my heart and I am grateful for the experience. 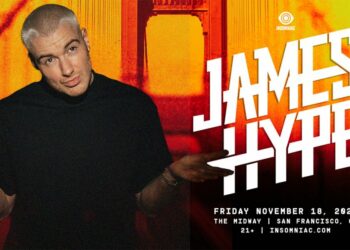 James Hype takes over The Midway SF, with support from Martin Ikin, WENZDAY, and Sacramento's own Chango